Today marks the releases of some of the most exciting tapes that
I've been lucky enough to be able to release!

Back again with 80 minutes of the finest dub/ horror film influenced Noise.  The packaging on this bad boy is stellar the fronts of the two silkscreened j-cards form a wrap around image with the back sides having their own vibe.  Tapes are 'scrap metal' colored with individual blood splatter designs on sides A & D, unique to each tape. This tape hits many different zones from dance party vibe to blood-curdling drones, a must have. 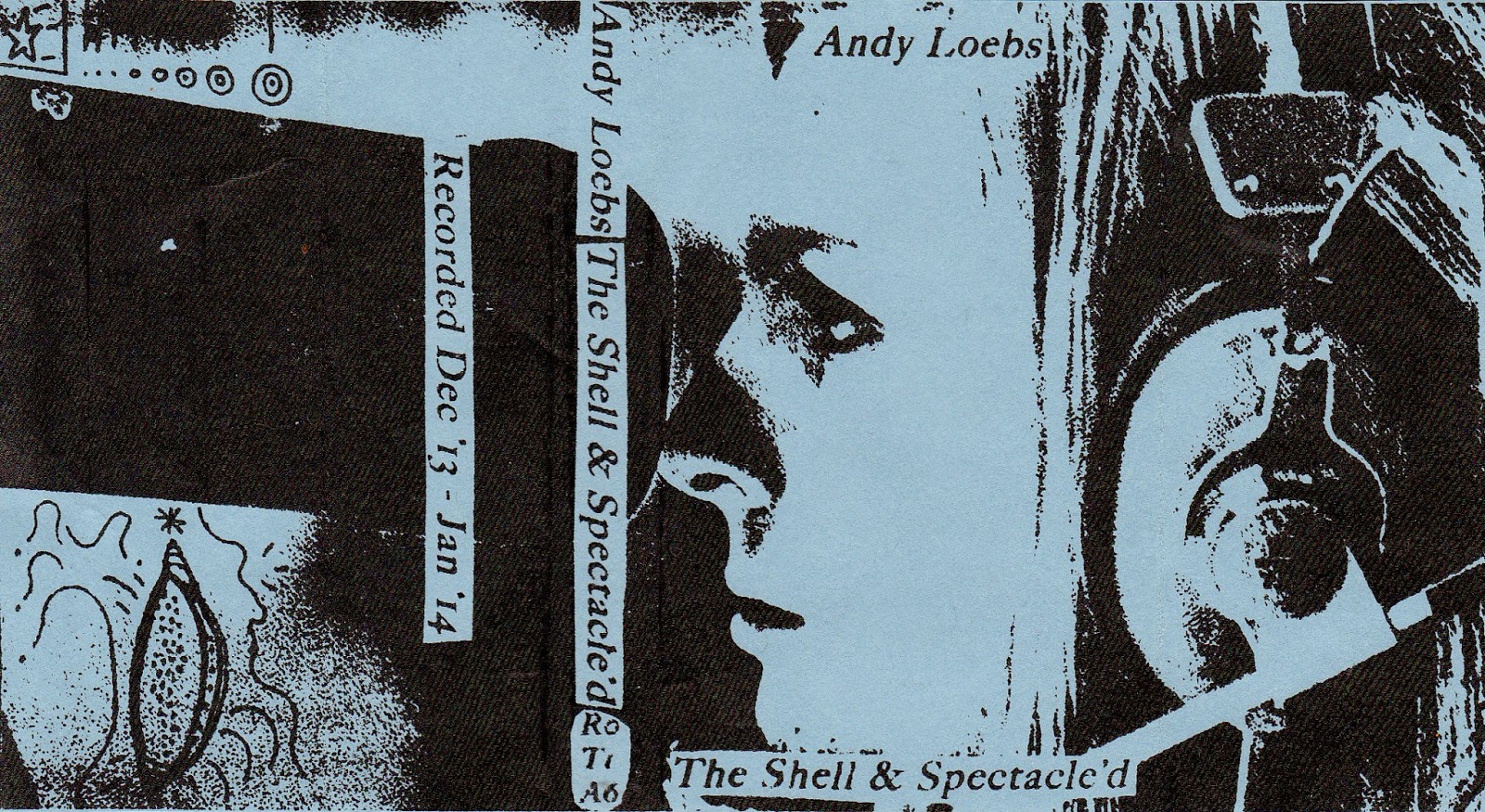 Beautiful and deeply personal kosmische influence synth jams featuring bass and baritone guitar.  Perfect music for drifting through space or reflecting on the world as it glides past. Honestly one of my favorite releases on the label, and my favorite recordings by this prolific Avl musician.  Also one of the touring members of Axxa/ Abraxas. Crucial grip. 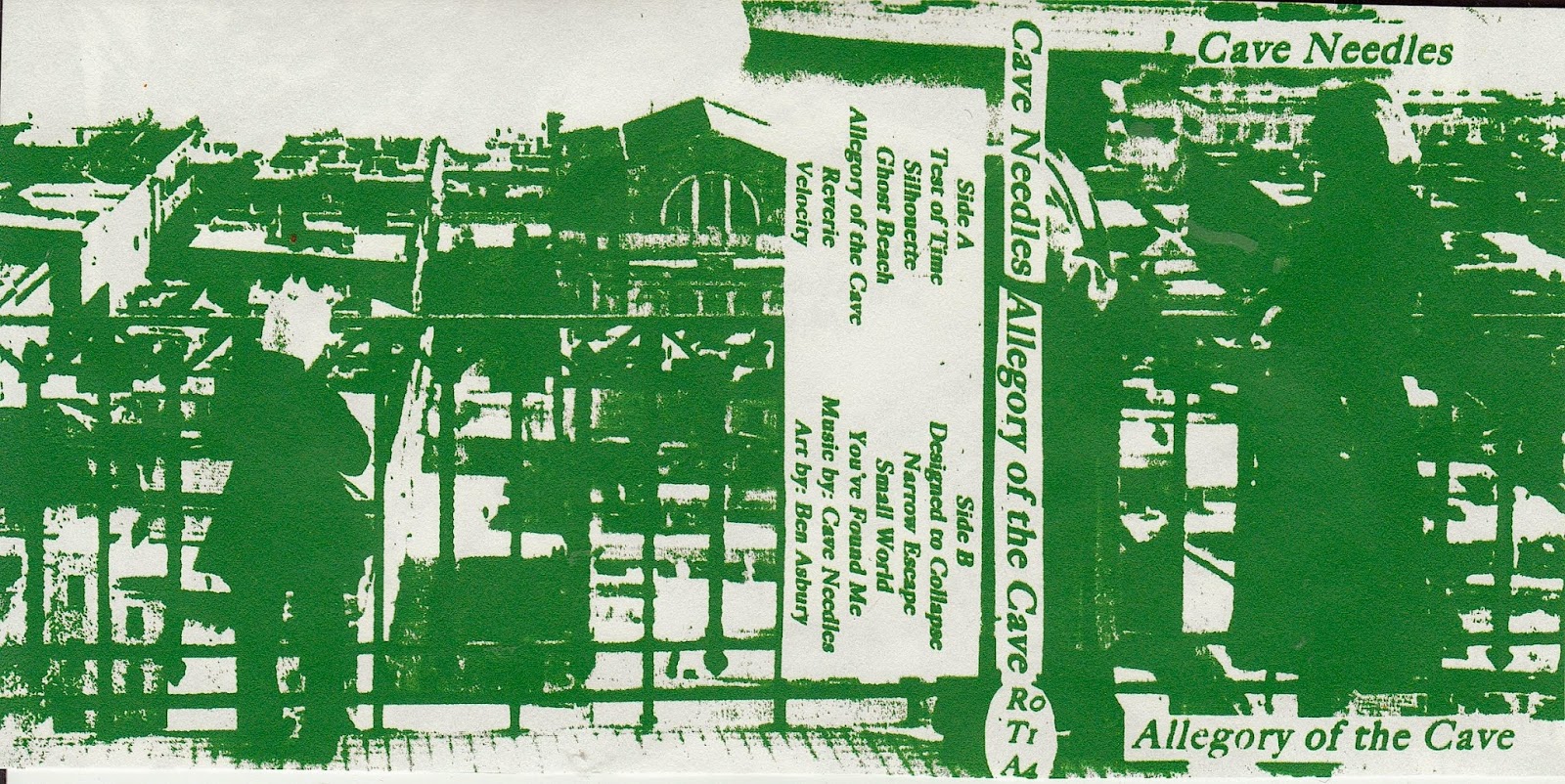 new in the store: Cave Needles- Allegory of the Cave

Some cool, catchy, summery, post punk influenced indie rock for your listening pleasure.
Grab one from them on tour or grab a copy here while they last.

In the past month or so Axxa / Abraxas has completed their first East Coast tour behind the s/t record on Captured Tracks.  Its was really sick and we had a great time, thanks to all that came out, danced, and let us crash at their places.  If ya missed it we'll be going back up and down the coast soon.  Also check us out at Northside Festival in brooklyn in June and Hopsctoch Festival in raleigh in September.  Since tour I've demos two records worth of new songs so been super  busy but about to start working on the next batch of tapes 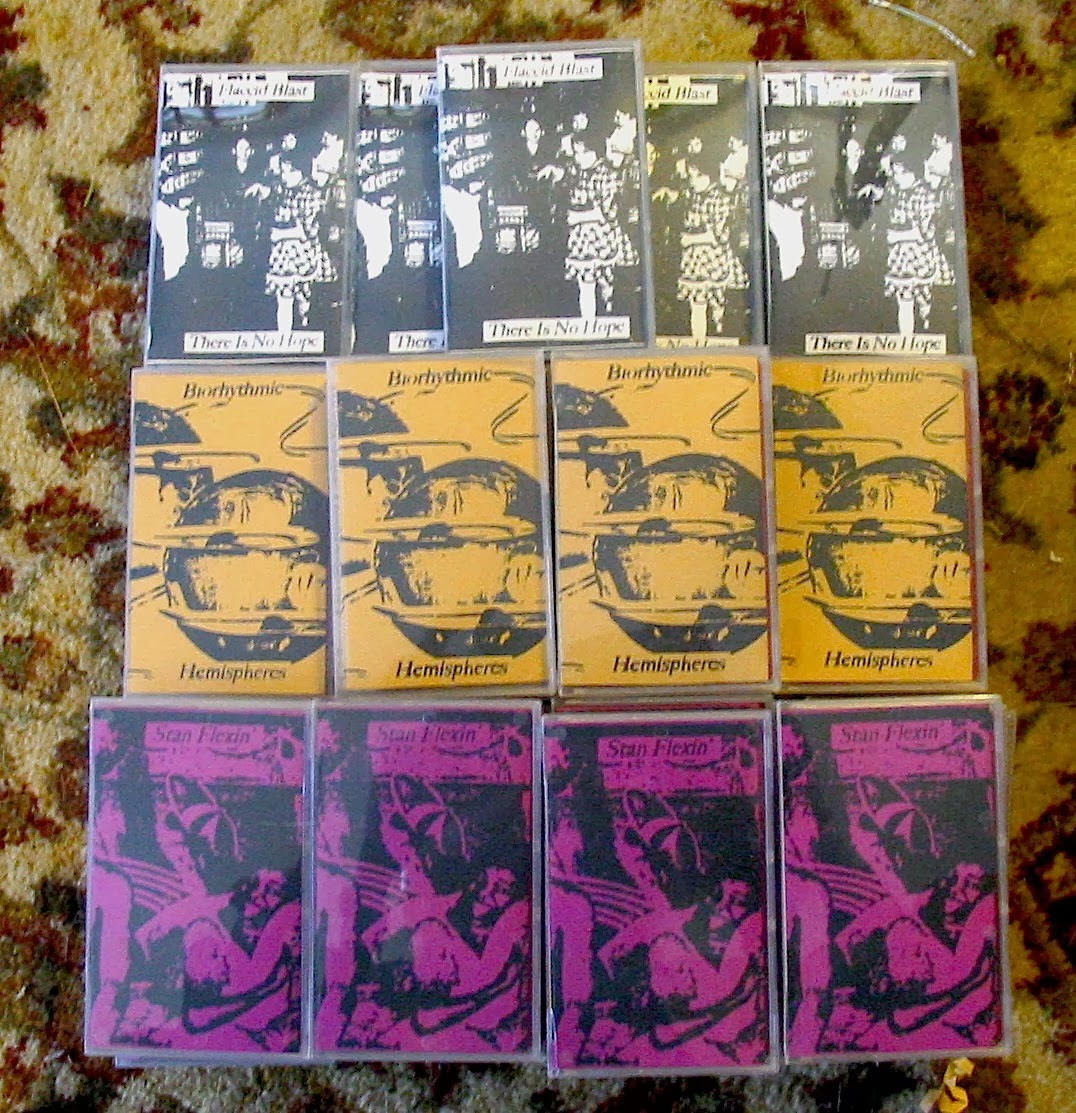 As promised there are 3 new tapes in the store today!
They are all very limited so grip em while you've got the chance!
Grab some older RTAs while yr at it before they're OOP and believe me, they're close.

Thanks for the support! Will be back with details soon about an Axxa tour.

Back in Action, in a big way

Its been nine long months since there's been a new RTA tape.
thats not very on point so thats about to change.
In the time since the last batch Axxa/Abraxas got signed to the incredible label Captured Tracks.
Check out the LP/cd coming out March 4th.

Now for the new stuff:

1.  The RTA Store has been totally revamped for ease of viewing and to reflect current tape availability.
Check it out and grab a few older releases while yr at it before they become OOP. (most are close)

2.  Axxa/Abraxas is setting up an East Coast tour in support of the new LP on CT.  Will be posting dates soon so keep an eye out.

3. NEXT TUESDAY 2/18- NEW BATCH OF RTA TAPES.  Very excited to be putting stuff out again.  There are also several releases coming in each of the following few months, so keep and eye out for the announcements for those!  Some really cool stuff coming.  For this month we have:

Psychedelic drone.  Old school.  recordings from 2008 by Ben Asbury to a handheld cassette recorder. Made with guitar, these are the first experimental musings that opened the gateway to what is now.
edition of 18.

Collaboration between the duo of DJ Mickey and Tann Jones.  Dance music gone damaged.  Side A is sample based dance music with added textures while Side B gets blown out.  Recorded in one take, this shows a culmination of influences that results in a cohesive yet highly varied tape.
edition of 24.


4.  A few chances to get some cool tapes to whoever gets there first.  A) I've got TWO copies of a recent split featuring A.X. on friend label Diatom Bath.  This c34 tape has a Mannateas track and a Sheets of Paper track on Side A and a 16 minute guided meditation piece by A.X. on Side B. Probably my favorite A.X. piece yet.  $9 ppd.  Also I've found one of each of the Axxa/Abraxas tapes.  These are the last of them and this is the last chance you'll ever have to get these without paying way too much on discogs.  Package includes Shape-Shifting, Time Inside, Ryan Michalak (Is Coming to Town), and Fragmented Fields, three of which have been sold out for a while now.  Get the pre CT Axxa discography plus some fun secret extras for $30 ppd.  for the A.X splits and axxa package email: axxaabraxas (at) gmail (dot) com

Thats all for now but keep an eye out for tour dates and the new releases.

It's official everybody, Axxa/Abraxas has got a record coming out on
March 4, 2013. Gonna be real sick!


In other news there will be another update soon to detail the next
batch of RTA releases that I'm super stoked to be working on.

until then, keep it real.

Just dropping a brief line to note a few things:

1. The Store has been updated to reflect the current stock of RTA releases, many of which will soon be out of print, particularly the releases by Axxa/Abraxas.

2. JJ Posway, the man behind Aprotag, is working on new music as well as music by his new indie pop band Scooterbabe. Check it out!

3. Big News on the way regarding Axxa/Abraxas.  Keep your eyes and ears open, its pretty exciting. 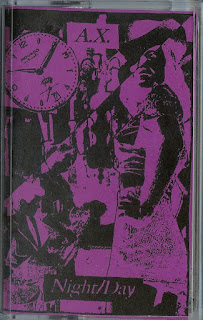 Got one more tape up in the store, this one in the new Distro section!
This another A.X. tape that is a companion piece to Desolation (Inner Space) and it is out now via cd's Tapes!  We've got a limited supply so jump on it!
there is also a bundle deal if you wanna buy both A.X. tapes!
By the way, Time Inside is down to the last few copies so if you want one you best hurry up! 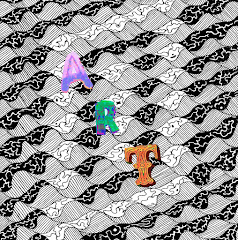